By: William J. Bratton as seen in the NY Daily News

One of the foundations of New York City’s public safety renaissance is falling out of favor in some quarters. To ensure that our historically safe city doesn’t regress into danger and disorder, and that record reflects the right lessons, I need to set the facts straight.

To see things clearly, we need to roll back the tape. Starting in the 1960s, everywhere in America, crime began rising. It continued to climb through the 1970s, and accelerated in the 1980s, particularly in our nation’s great cities, where the introduction of crack cocaine precipitated stunning amounts of violence. By 1990, there was an awful peak. New York City suffered 2,245 murders that year, a life stolen every four hours. Put another way, in 1990 the city accounted for 2.9% of the nation’s population and 9.6% of the nation’s homicides — and this at a time when America was much more violent.

And then it tipped. Slowly and localized at first, but then faster and increasingly widespread, three decades of seemingly inexorable crime increase tipped. By 2017, New York City had 2.6% of the country’s people and 1.7% of its homicides. The city, once the site of a tenth of the country’s murders, now literally has less than its share — and that’s a share of a whole that has dropped everywhere.

What happened? Many things, but they were all underpinned by a belief that police could work with the communities they serve to prevent crime and disorder, and a criminological theory that came to be called “broken windows.”

I spent the better part of 50 years as a police leader applying the notion of crime prevention in cities across the country. As a Boston Police supervisor in the mid-1970s, I helped pioneer the Boston Fenway Neighborhood Policing Initiative, a community policing model that listened to what residents wanted. Even as crime rates swelled, neighbors focused more on low-level disorder like public drinking, prostitution and public urination — disorder that, if allowed to fester, oppresses a neighborhood and becomes seemingly irreversible.

In 1982, James Q. Wilson and my dear, recently departed friend George Kelling gave what I was doing a name when they introduced “broken windows.” Together, they articulated the idea that stopping little things was the key to preventing big things. George, in particular, based the concept on real-world experience and field work, including in Boston. Although never a cop, he walked the beat with cops, spoke to neighbors, and immersed himself in the communities where disorder and crime were most prevalent. He saw firsthand that what neighbors care about, even more than crime, was their quality of life.

The first great proving ground was underground, in the New York City subways. Kelling was instrumental in helping me take the helm of the city’s Transit Police in 1990, and advised me and my leadership team. We focused on fare evasion and graffiti as vigorously as on serious crimes like robberies. We didn’t mandate “zero-tolerance” enforcement, because broken windows as I’ve practiced it has always hinged on officer discretion. But we knew that serious crime is more likely to occur in a lawless environment — and unaddressed low-level disorder signals lawlessness.

We also quickly learned that the serious criminals committed petty crimes, too. As it turns out, muggers don’t pay the fare. A subway criminal arrested for a misdemeanor rather than a felony wouldn’t go to prison, but he wouldn’t be victimizing anyone for a while, either. 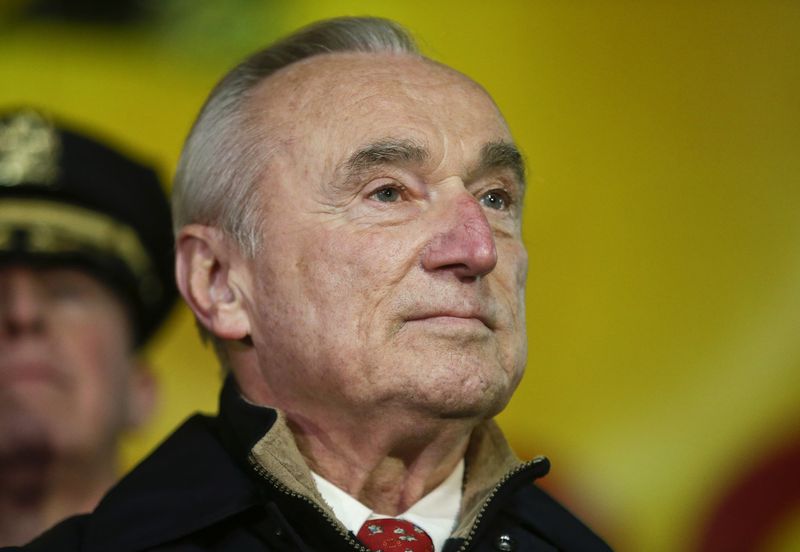 Quality-of-life policing in the transit system worked. From 1990 through 1993, subway crime fell by 35.9%. In the city as a whole, where quality-of-life enforcement was less rigorous, it fell only 17.9% (and a portion of that was actually the crime decline in the subways!).

When I became the city’s police commissioner in 1994, we took our ideas from the Transit Police to the NYPD. Our team included visionaries like Jack Maple and George Kelling, and leaders like Louis Anemone and John Timoney. We enhanced broken windows with an accountability system called CompStat that ensured that everyone from headquarters to precinct commanders to shift supervisors to cops on the beat took responsibility for disorder and crime.

Crime was relatively straightforward: Cops had always responded to murders, robberies and assaults. But we gave them responsibility for the disorder, too. In 1994, that went far beyond graffiti and prostitution. There were more than 5,000 open-air drug markets. Swaths of the city, including street corners, commercial strips and parks, had been ceded to disorderly and sometimes violent persons. Our neighbors wanted their city back, and the police and the citizens we worked with and for set about reclaiming public spaces.

There are always those who have a hard time seeing what’s in front of them, of course. A front-page New York Times headline on New Year’s Day 1995 noted “New York City Crime Falls But Just Why Is a Mystery.” It wasn’t a mystery in police headquarters, nor in the precincts where beat cops were proving that addressing little things before they got big worked.

Many observers claim that the crime decline was a national phenomenon, with New York City merely along for the ride. The numbers tell a different story. Broken windows and then CompStat made their first, dramatic impact from 1990 to 1996, a time period when New York City’s overall crime fell 46.1%. Nationally over the same period, the drop was a mere 6.7%. Do the math, and New York City’s crime drop constituted 33.4% of the nation’s crime decline.

Over the following decade, from 1997 to 2006, as our methods were adopted by more and more departments, the nation began to catch up, although even then, New York’s decline was 42.3% for the period and America’s was 13.1%. In Los Angeles from 1997 to 2006, overall crime fell by 25%, and more than half of the drop occurred after I became chief of police there in 2002 and my team implemented CompStat and broken windows.

Since then, we’ve continued to hone how we police. During my second tenure as police commissioner in New York City, from 2014 to 2016, we drove down crime again, this time while drastically reducing enforcement. The trend continues today under Police Commissioner James O’Neill and his team, whom I’m proud to watch build on and improve our strategies, including better tools for addressing domestic violence and mental health.

Using “precision policing,” which follows the broken windows philosophy and employs a robust CompStat process, and which centers on focused crime-and-disorder enforcement and a department-wide Neighborhood Policing program, they’ve achieved the lowest crime numbers in generations. Overall crime is down 13.1% from 2013 through 2017, and down 81.7% since 1990. For the nation, it’s down 9.2% and 38.2% for the same periods. There’s something different — and better — in New York.

Despite this, the author of a recent op-ed in these pages says “broken windows policing is based on a theory that turns out to be untrue. It does not lower crime.” It would have been refreshing if Dan O’Brien, who wrote an op-ed in this space one week ago, had engaged these data and this history. Instead, he writes that “Extrapolating from psychology experiments to real-world outcomes, however, is fraught,” even as he ignores the real-world outcomes. It’s like looking at a freshly mown lawn and deciding that grass must just grow short.

He writes that disorder is not a true indication of a neighborhood’s safety. “Residents have a lot more to go on and might not use disorder [as a standard] at all.”

Only a person who has never been to a community meeting could write this. Even amidst crime patterns or following high-profile police incidents, neighbors clamor for quality-of-life policing. This is why the neighborhood policing aspect of precision policing matters so much.

Focused crime-and-disorder enforcement tackles violent crime and violent criminals — a numerically small part of the equation, thankfully. Neighborhood policing works with the much larger number of people who want to strengthen their community.

O’Brien accidentally acknowledges this when he notes that if neighbors know one another and intervene to stop public misbehavior, “[t]hese features are often better predictors of crime than disorder when both are considered.” That’s a proof of broken windows, not a rebuttal.

Of course neighborhoods where citizens address disorder on their own — where they fix broken windows — have low crime. After all, the most salient point of the original “Broken Windows” article was this: “The essence of the police role in maintaining order is to reinforce the informal control mechanisms of the community itself.”

Few people know these mechanisms or the community standards that define them better than officers themselves. They’re in the neighborhoods every day, talking to neighbors. This is why George Kelling’s work, based on real-world experience, has stood the test of time and continued to yield public safety results.

Officers embrace broken windows because they know it works. Every cop has a precision police officer inside, who distinguishes between crime and disorder, between arrests and admonitions, and who knows the neighborhood in ways only practitioners can. Throughout my working life, it was my privilege to lead such officers. I’ve watched as their work has made this city and the nation as a whole safer than it has ever been.

As seen in the New York Daily News.

On the Air with Len Berman & Michael Riedel in the Morning

On the Air with Cats at Night